Featuring the songs "Un Musicien Parmi Tant D'Autres" by Harmonium and Adam Lambert's spectacular cover of "Mad World" by Tears For Fears, this chapter and the next one, will continue to delve into what the term "hero" means to me, as well as pay homage to the COVID-19 heroes.

​PREFACE: I started writing these chapters roughly 4 weeks ago, but my health has been quite poor recently and it has delayed me significantly. I'm not in a good place right now. I'm breaking down emotionally almost every day, something that has not happened to me in a while. My chronic physical suffering is relentless, and lately, it's just been too much for me to cope with. My symptoms are off the charts right now. And, with the added stress of living through this pandemic, I'm just barely hanging on by a thread.​

I thought my previous chapter, "Heroes - Don't Give Up" would be an open and closed chapter, and that I'd be moving on to another subject matter by now - I was wrong. In the scope of this pandemic, the "Hero" theme keeps coming back. It's everywhere you turn, and businesses are even capitalizing on it. It's being used to sell everything from cars to insurance, to clothing for health care workers, to hero themed action figures Fisher-Price has developed that are based on the front line health care workers. They come in Nurse, Doctor, Delivery, and EMT collections. As someone who used to work as a toy designer, I think this is a great idea! These people are the real heroes.

I want to take a step back, reassess, and reevaluate what being labeled a "hero" means to me. My previous chapter had me turning away from it. However, a close friend of mine, Patrick Tremblay, whom I met back in 1990 when we were working as lifeguards at the Aqua Parc de La Ronde, and who has since made a career as a police officer, wrote back to me after reading my "Heroes - Don't Give Up" Chapter. And in his reply, he mentions that he still sees me as his hero, regardless of what I think. Police officers are often seen as heroes (the good ones of course), and knowing from first-hand accounts what he's seen and had to deal with; it's me who sees him as a hero.

My friend is French Canadian, and despite his English not being great, he chose to reply (shown below) in both languages. Bilingual replies are fairly common here in this province; in fact, they are a sort of signature Québecois style of communication! Please take a moment and read it. And for my non-French-speaking readers, I've translated it fully into English and pasted that version below the original.

You always be my hero since the first time I met you.

So for that, you are the tallest hero I ever met …

What a beautiful tribute, you are absolutely right !!!

Thankfully they are there; the first responders, the nurses, and the doctors !!!!

You've always been my hero from the first time I met you.

If you take a closer look, the most significant difference, without taking away from anyone else, is that you are living the hero model day in and day out - 24/7. Whereas, the environment and the situations which have created heroes out of medical staff and essential workers around the world will eventually come to an end. The pandemic will ultimately die down.

You, on the other hand, only get fleeting moments of reprieve from your illnesses here and there.

So, because of that, I see you as the greatest hero I have ever met.

After reading this, I thought to myself, "Perhaps I can make friends with the term hero when it comes to how others see me?" Maybe it's not such a bad thing after all. Maybe I've earned it in my way. My friend has always been candid and honest, which is one of the reasons I have held on to him all these years. He tells it like it is, so I trust that he's not just trying to flatter me. And if he thinks I'm a hero - cool.

There are all kinds of heroes, and I suppose maybe there's a spot for me in there to fit in undetected. Truthfully, I'd trade everything I've been through in a heartbeat, NOT to be perceived as a hero. I'd be much happier NOT having to fill those shoes. I'd prefer NOT to be the one whose suffering inspires others to appreciate what they have. Just having a normal life, and flying below the radar would suit me just fine. But that has not been my lot in life, and I have to own that. And, it's why I created BeingInvisible.ca - to share with the world what my experience with disease and illness has been like so that folks who have been lucky enough to have their health can get a glimpse into an entirely different life experience. A glimpse into what life is like for those of us who haven't been so lucky, and hopefully triggering in them a sense of empathy and understanding towards people who suffer.


I watched a segment on Franklin Delano Roosevelt on CBS Sunday Morning recently, and one of the guests, Susan Dunn, a Roosevelt scholar at William's College had this to say with regards to his approach to treating the poor and the sick after he became infected with Polio in 1921 and was subsequently paralyzed from the waist down:

"Suffering is something the president understood because he had suffered. And it helped him to relate to all kinds of people. It's leading a life of kindness, of respect, of responsibility for the people we know, as well as for the people we don't know. That's what a real democracy requires. That's the moral basis of democracy."

An expert in psychology also recently spoke on CNN and stressed that "empathy" is the one trait most required to be a good leader, an emotion that is, sadly, lacking from the current POTUS. But I digress. The point of the previous quote from Susan Dunn is that personal experience with suffering leads to a greater understanding of the suffering of others, or what is better known as "empathy." It's hard to be empathetic without having ourselves suffered. It's not impossible, but it's hard. I know that there have been moments where I have had enough reprieve from pain and discomfort to feel close to normal enough that I actually forget, at least temporarily, how bad things have been. Pain is not only relative to each person, but it's also easily forgotten. I know that sounds crazy, but as my mother once said: "Why do you think women have more than one child? Although excruciating at the time, the pain of giving birth is easily forgotten." That stayed with me, and this was before I had become as ill as I am now.

My life challenges have certainly been character building, and, at times, they've been character breaking - my ego has been mostly destroyed, which is a good thing. My story, which is to say what I have been through over the past 25 years or so and the amount of illnesses and syndromes I have acquired along the way, is quite frankly astonishing. How can so much happen to just one person? It was my therapist who, having read some of my work, said, "Patrick, you need to write a book! You are a good writer and you have an incredible life story. It needs to be told." I was flattered, and a seed was planted. I recognized that if I shared my story with the world, I could serve a purpose greater than my own, serving the greater good as they say, by helping to educate people in all walks of life. So before starting on a book, I thought I'd create a blog and see where that gets me. It's done two things: One, it's allowed me to freely express myself and help others at the same time, and two, it's made me feel that I am connected to other people. Seeing as I don't get out much due to my health, virtual connections through social media are vitally important to me. They make me feel like I am still part of the world and that I still have something to contribute, despite being sidelined by disease. It feels good to know that there are people out there interested in what I have to say, and vice versa. It fulfills that basic human need we all share of having someone listen to us. Oprah said that the one common thread that resurfaced time and time again with all of her guests over the years, was: "People just want to be seen and heard."


As I mentioned in my preface, I wrote this chapter and the next one over several weeks. During that time, my song inspirations evolved and changed. I never expected I would close this chapter with these two songs, but I guess they just feel right at this moment.

There is a famous song by Montreal band Harmonium called "Un Musicien Parmi Tant D'Autres." Part of the chorus is "On a mis quelqu'un au monde, On devrait peut-être l'écouter" which translates to "We brought a person into this world, perhaps we should hear what they have to say". Although I must admit it sounds better in French! Some things just don't translate that well.

a.k.a.: Your Friendly Neighbourhood Bionic Man

Song fact! Did you know? 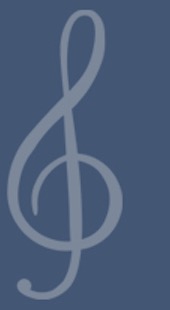 In November 1973, Harmonium performed their first air play on CHOM-FM. They played 3 tracks: Pour un instant, Un musicien parmi tant d'autres, and Un refrain parmi tant d'autres.[2] The first 2 songs were later recorded professionally to be put on their self-titled debut album. The last song was a sequel to Un musicien parmi tant d'autres, but never made the album cut, staying unreleased. A single was also released at the time with the hit Pour un instant on side A and 100,000 Raisons on side B, the latter only included on the CD version of the album nearly 20 years later. This album was a huge success and a sold out tour was staged all over Quebec and in French Canada. 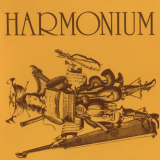 Given the extraordinary times we are living in at the moment, I think it's fair to say we are living in a Mad World. Some might argue we have always been living in a Mad World, and I'd have to agree. But COVID-19 has added a layer "madness" that most of us could never have foreseen. I share with you the song "Mad World" by Tears For Fears, as covered by Adam Lambert. It's one of the best covers I've ever heard of any song.

Song Fact! Did you know?

Orzabal, then 19 years old, wrote the song on an acoustic guitar after hearing Duran Duran's "Girls On Film." He explained: "I just thought: 'I'm going to have a crack at something like that.' I did and ended up with 'Mad World.' It sounded pretty awful on guitar, though, with just me singing. However, we were fortunate enough to be given an opportunity by a guy called Ian Stanley to go to his very big house and muck about on his synthesizer. Ian became our keyboard player and he had a drum machine, too. All we needed was someone who knew how to work it. Eventually, we made the first demo of 'Mad World' still with me singing. But I didn't like it. So I said to Curt: 'Look, you sing it.' And suddenly it sounded fabulous." 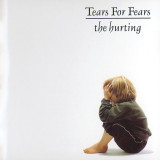 All around me are familiar faces
Worn out places, worn out faces
Bright and early for their daily races
Going nowhere, going nowhere
Their tears are filling up their glasses
No expression, no expression
Hide my head, I want to drown my sorrow
No tomorrow, no tomorrow